Everything you wanted to know about Manufacturing Data Collection.

In the first installment, we talked about eForms using a fully transparent database table of everything that stands up to the integrity standards set by regulatory rules like 21 CFR part 11 and Current Good Manufacturing Practices - cGMP.

If you just join us here is the link to Why eForms Uses Bitcoin's Blockchain Part 1. 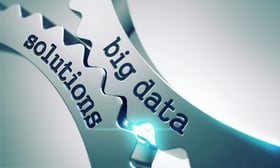 The Blockchain got a lot of press in 2017. You may not be using one, but you probably have heard of the Blockchain. Bitcoin, the internet currency, is single-handedly responsible for making the Blockchain a headline grabber this year.

Let first examine what a Blockchain is before we talk about Blockchain Clients. The Blockchain is merely a database of keys and data that the system records on all nodes participating on a Blockchain network. When the system stores the data on the Blockchain, it replicates the data to all the other nodes. The system does this by exchanging information using a peer-to-peer protocol. Once one node receives data, the nodes that are part of the Blockchain compete to make sure each node has the same data as the next and that it is exact and correct.

This peer-to-peer network can have as many nodes as a company prefers to have a series of replicated databases – your database of record - that will give the assurance that data will always be available. 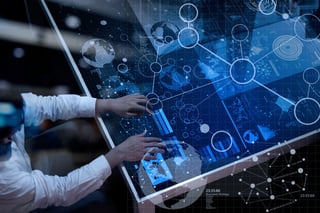 Companies and organizations have the choice of using a public Blockchain like Ethereum or BlockRx or for an entirely private Blockchain, a blend of both onsite and offsite servers (AWS, Azure, Digital Ocean, etc.), running an application like Multichain.

It is important to realize that the Blockchain is not the end-all solution to all the IT challenges the manufacturing industries face. But when a running ‘ledger’ of data is required for proof of data or implied trust of data without third-party verification, the Blockchain could be the answer.

eForms Blockchain Clients, Your Keys to the Kingdom

Committing to the Blockchain is the first step in freeing your company from expensive infrastructure and costly procedures for backup and data retention. 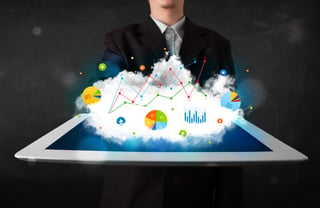 Hardware commitments are still necessary, but the software, with its peer-to-peer design, is easy to replicate from node to node.

If the Blockchain is the server, then the factory floor applications (i.e., electronic logbook, forms and work instructions systems as well as DCS and MES) will operate as the Blockchain clients. In the Bitcoin Blockchain, the term 'wallets' refers to its clients. Wallets (i.e., clients) are the User Interface (UI) for reading and writing into the Blockchain. With Bitcoin, a wallet will allow a user to send and receive the cryptocurrency. It will also maintain a small database of ‘private’ keys for the owner of the wallet to protect their assets, in this context, Bitcoins.

For the factory floor in the not so distant future, process control and logbook systems will act as ‘wallets’ to the Blockchain to keep track of a company's digital assets. From shop floor sensor data (automatic) to manufacturing batch record information (electronic or human entered), the Blockchain client software is the bridge to the Blockchain.

The Blockchain has a purpose, and a place and production systems have their place. Storing the final production data that makes up the material or product trace information into a consistent format for all participants and industries sounds like an innovative idea when approaching the concepts of increased productivity, transparency, and awareness. As automation engineers taking care of the factory floor, we need to make an investment that will have years of life and have a payoff to the business.

As the eForms Lightning System introduces its Blockchain Wallet software in 2018, we will be posting more information on the uses and benefits of the Blockchain. Our application is a web-based electronic process logbook, forms, and work instructions system is a paperless solution for both manufacturing and offices alike. It is what we call Paper on Glass. Stay tuned!

Get updates on the latest in shopfloor data collection.

Cheap Creates Value - When something is cheaper, you consume more of i...

Collect your Manufacturing Data! Part 2 of 2

Collect your Manufacturing Data! Part 1 of 2

WANT TO CHAT WITH US?

We're always happy to chat about what we do, why, and how. Get in touch with us and start the conversation. We'd love to hear from you.